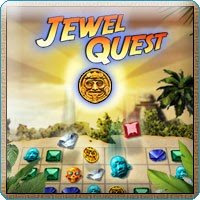 This priceless jewel can be used without hesitation
in caring for beings and ripening potentials.

The three facets of Experiencing and four wisdom's are complete
in this treasure;
the six subtle perceptions and eight liberations are marks
from this seal.

Excellent students go right to the source.
Fair and poor are hesitant to reveal
and give up their soiled veils,
and are proud of their external struggling.

The priceless jewel is of course your mind.

The three facets of experience could be said to all arise together, mostly we see them shallowly in the form of Objective, Subjective or Affective. The four wisdoms are The Great Mirror Wisdom, Fundamental Wisdom, Observation Wisdom, and Spontaneous Action Wisdom. These sound kind of fancy, but don't let the words bamboozle you! Fundamental Wisdom is just the realization that our concept of I, Me Mine are thoroughly unsound you could call it the perception of oneness. Observation Wisdom is the perception of differences, (sure we’re all one but your standing on my foot and it hurts wisdom,) Spontaneous Action Wisdom is the perception of your senses. Together these make up the Great mirror wisdom, as it is a reflection of these.

The six perceptions correspond to the six sense organs, these are thoughts of sights, sounds, smells, touch, tastes, and thoughts*

I kept to the Pali Text because I am lazy and it works. I am also not so sure if knowing about the eight liberations is so important. But at least you have the reference now.


The last line might be an admonishment, to people of the way who lack confidence in their understanding. Or to those that seem to be so proud of their accomplishments when they have done nothing but pass time.

* The mind is a sense organ too.


I welcome comments, but I may integrate them into the commentary.

I hope that my efforts are helpful in clearing my own delusion as well as that of others,
Jordan

Email ThisBlogThis!Share to TwitterShare to FacebookShare to Pinterest
Labels: Song of Freedom

All this is very deep for me and my mind does not want to work in that direction right now.

But I love the work you're doing and the depths to which you're going. Please keep it up. Even reading the surface helps bring peace and tranquility.

Mom,
Don't worry so much if your mind dose not want to work that way right now.

I am just glad you keep reading!
A lot of others seem to have droped off. But that is ok too.
I would write this blog even if no one was reading or commenting.

Jordan, we've not dropped off - we are enjoying our zazen. ;-)

Life is busy and this is sad. Anyways...

Here is a different translation of these same lines by Robert Aitken.


This jewel of no price can never be used up
Though they spend it freely to help people they meet.
Dharmakaya, Sambogakaya, Nirmanakaya,
And the four kinds of wisdom
Are all contained within.
The eight kinds of emancipation and the six universal powers
Are all impressed on the ground of their mind.
The best student goes directly to the ultimate,
The others are very learned but their faith is uncertain.


First up I need more convincing that "This priceless jewel" is the mind. At least is not the casual mind. Mind of Zazen maybe but this supposes that Zazen and mind coexist.

Jordan, you left out the first of the Eight Liberations "Oneself having form, one perceives forms; this is the first liberation."

I see a difference between the two translations, one referring to the "six subtle perceptions" and the other "six universal powers". This seems to be a difference in meaning. What do you think?

Jordan thanks for this. My understanding is less than perfect.

Thanks for popping in!
I fixed the eight liberation's.

That is still a bit dualistic but the point is it is the same heap. I am not sure if that is convincing enough for you.

regarding the Aitken version in front of me, but the universal powers are the six subtle perceptions so maybe the difference is just your reaction? I like the Yasuda Joshu/Anzan Hoshin's version too. But from what I see of the Aitken version, it has his feel to it. I think If I was his student I might have a fondness for it.

Will again thank you for stopping in I enjoy your comments.

...the universal powers are the six subtle perceptions so maybe the difference is just your reaction?

Thank you for pointing this out. Yes, once pointed out, I can see it is just my reaction that creates the difference to my mind. Poor use of "this priceless jewel"! When Yoka daishi compares excellent students to those that are fair and poor, he is talking about me.

Will,
Your comments reflect fundamental wisdom, Some times in breaking down a barrier we just need to push. Maybe Francis Harold Cook could help?

"Far away in the heavenly abode of the great god Indra, there is a wonderful net which has been hung by some cunning artificer in such a manner that it stretches out infintely in all directions. In accordance with the extravagant tastes of deities, the artificer has hung a single glittering jewel in each "eye" of the net, and since the net itself is infinite in dimension, the jewels are infinite in number. There hang the jewels, glittering like stars in the first magnitude, a wonderful sight to behold. If we now arbitrarily select one of these jewels for inspection and look closely at it, we will discover that in its polished surface there are reflected all the other jewels in the net, infinite in number. Not only that, but each of the jewels reflected in this one jewel is also reflecting all the other jewels, so that there is an infinite reflecting process occurring.