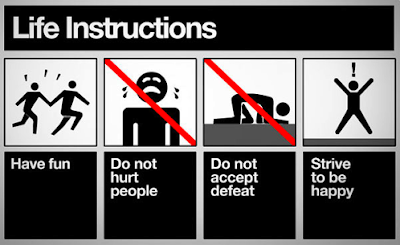 It has been a long week, but I feel great anyway. I don’t really care why.

I did not end up going to the gas chamber over the weekend. I guess if I really need to go it will happen. Regardless I do not like missing out on annual training. I imagine that if I end up going back to a base I will go immediately.

I missed out on two consecutive sittings this week, one Wednesday night and one Thursday morning. Shame on me I guess. I have however been playing the Shakuhachi pretty regularly. Practicing long tones with the Honkyoku song Kyore, which I have heard is supposed to be a kind of Komuso Sutra on the Buddhist theory of emptiness. I like it, but it is a bit simple for my other half. She prefers the tunes that are more like “music.” It is a bit longer than on Hon Shribe.
If/when I have the time I may post it up along with my own version of the notation.

A good friend said I was a Zealot on Thursday. I looked it up because I felt it had a kind of negative connotation to it. The definition I read seemed to be a bit negative too. But that is ok. The way he meant it was not really negative, he meant it as “one who displays Zeal” OK, I think it is kind of a compliment.

I am getting over a bad cold. One of the side affects of the cold was that I had completely lost my sense of smell and taste. This morning I could taste my tea. I am not sure I can describe how absolutely wonderful that was.

I have been having some random thoughts about becoming a Zen Priest again. What else is a zealot supposed to do?

I would also like to start working on some more PVC flutes. I am thinking of making some longer ones. I like the deeper tones they produce, I think I can get three out of one piece of pipe and may have enough left over for a short flute. This is something that might get started this weekend, time permitting. But right now it is just as much as a fantasy as me becoming a Priest.


May you be free from suffering,
Jordan
Posted by SlowZen at Friday, March 14, 2008

It's not often you get to write a sentence like that!!