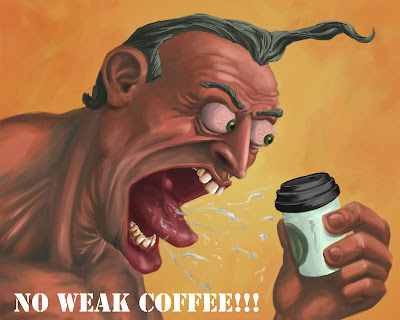 The air zafu is just not stable. Or maybe I am just not stable on an air zafu. When I sit on it and do the swaying back and forth to wind up somewhere in the middle it just doesn't feel "right" or at least not like I am accustom to. That might be a good thing if I did not fix on it... It also doesn't seem to cut off the circulation to my legs very much at all. But it is different so therefore weird. It is also quite handy and when deflated quite packable. It is kind of nice but kind of not like home... I guess.

I am doing some raining (doh' training, but it has been raining) with the US Navy. Wow they do things differently. You see there is this thing called structure that I am accustom too. Not that the Navy doesn't have structure, but it is a lot less ridged than I have lived with in the Marines. And by Marine standards I consider myself pretty laid back. The thing is that I was brought up to understand that human beings are made up of 75-80% water, and water takes the path of least resistance, so it is important to guide that water where you want it to go. If you fail to properly guide that water it ends up making a lake somewhere that you don't want one, Like for example the Commanding officer's Office. I honestly appreciate my service so much more whenever I go to an event like this. I am sure the feeling is mutual.

Ok, and I normally don't drink coffee, but hey I am so near seattle that I thought I would indulge in the hotel java. I know I shouldn't expect much but man; I would think they would do better seeing as they are so near to the birthplace of $tarbuck$. Yech.

If you're in Seattle, go find a good cup of coffee. If you're going to splurge it might as well be worth it. Glad to know you're still gainfully employed ;), and sitting

Have you tried wadding up your coat and using that to sit on? For me that seems to work pretty good, and it is quite portable...

Man, I'm with you on the air zafu. I valiantly attempted to use one back 10 years ago. No stability, and one third of your sitting triangle becomes a pivot. When I travel now I either use a folded hotel pillow, or my sleeping bag when I'm in the bush.

I appreciated your water metaphor. Nice.

Molly, I think I will find that good cup of coffee tomorrow and enjoy it as I see Bremerton in my rear view mirror. Not that I don't like the place, but I am not fond of it either. I am a ways away from seattle though. I been there once to see Pike's market. That was pretty cool.

Thanks for stopping in, I have missed your comments!

Kirk, the air zafu is not that bad for me, Just not the same as my zafu at home. Plus it makes a great pillow when I am out in the field.
Glad you liked the water metaphor. It is one I got from an old crusty Marine some years ago and have been passing it on ever since.